Here we are again at another Monday, meaning another vinyl. Today we have a Deftones vinyl, Diamond Eyes. This is their sixth album and was released back in 2010. It was the first album without bassist, Chi Cheng, who at the time was in a coma from a car crash since 2008. Chi unfortunately passed away in 2013 from heart failure. Quicksand bassist Sergio Vega filled in for this Diamond Eyes album along with the rest of their albums since. This album is also Deftones's first album with Reprise Records since transferring from Maverick Records founded by Madonna! Maverick Records is more for just management today, not records. And a fun fact about Reprise Records would be who the founder is, Johnny Cash (1960). This album was named "Rock Album Of The Year" by the Itunes store. This 11 track album definitely has some songs on it that will stick in your head with some songs soft and other touching on their metal side. This is pressed on white 140g vinyl and sounds great with the needle dropped. Not exactly sure on how many have been pressed on white, but it isn't a hard one to get at a great price. 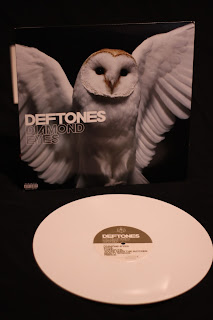 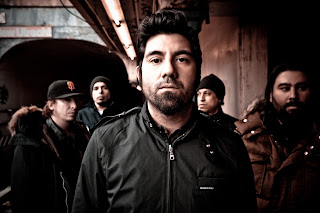 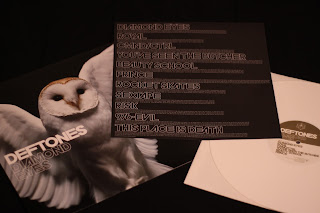 Here is a song from the album
Deftones - Diamond Eyes

Keep Your Day On Play!
Posted by George Schweigart at 7:27 PM